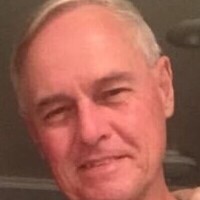 Mr. Albert Lee Peek, age 76, of McEwen, TN, passed away on Monday, July 19, 2021, at TriStar Horizon Medical Center in Dickson, TN. Mr. Peek was born on June 7, 1945, in McEwen, TN, to Henry Peek and Beulah Watts Peek. He was a retired Co-Products Operator for E.I. Dupont. He was a member of the Waverly Church Of Christ and served as Deacon there for approximately 20 Years. He loved farming and mechanical work. He was married to his wife of 54 years, Rebecca Ann Crowder Peek. Together they had 2 children, Michael Peek and Jason Daniel Peek.

He was preceded in death by his parents: Henry & Beulah Peek

In Lieu of Flowers the family would like donations to be made to: Leatherwood Bible Camp, 438 W. Main Street, Waverly, TN 37185 or the Alzheimer’s Association, 225 N. Michigan Ave. Chicago, IL. 60604. You may also leave your donations at Luff-Bowen Funeral Home in Waverly and we will gladly forward them for you.