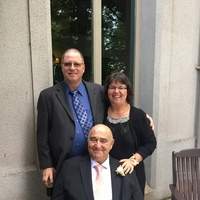 Mr. Alfred Ray Hubbell, 85, who lived in New Johnsonville Tennessee but formerly from Muskegon, MI., passed away on Thursday, June 3, 2021, at Three Rivers Hospital in Waverly, Tennessee. Mr. Hubbell was born in Muskegon, Michigan on Jan. 4, 1936, to Gordon Hubbell and Margarette Connely Hubbell.  Mr. Hubbell was an avid golfer, enjoyed traveling, but most of all he loved his family, especially his grandchildren.  There are no services scheduled for Mr. Alfred Ray Hubbell.

He is preceded in death by his wife, Judith Arlene Wilkinson Hubbell, sister, Hedy Brown, & his parents.