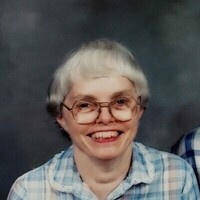 Ms. Anna Katherine Dickson, age 87, of Waverly, TN, passed away on Saturday, March 12, 2022, at AMC in Waverly. Mrs. Dickson was born on April 16, 1934, in Bethel Springs, TN to Robert Malcolm and Myrtis E. Pool Dickson.
Anna received her Masters Degree in Nursing in 1962 from Columbia University. She recieved her RN and Family Nurse Practitioner degree from the University of Tennessee at Memphis. She was a member of the New York, New York, American Nurses Association and the Tennessee Nurses Association, A Member of the American College of Nurse Midwives, Clan Maclod Society USA. She did missionary work in Africa from 1959-1972.
Visitation for Ms. Anna Katherine Dickson will be at the Ellis Grove Presbyterian Church in Waverly, TN, on Friday, March 18, 2022, from 10:00 AM until service time at 11:00 AM.
Survivors are her Son: Michael Dickson, Sisters: Agnes Baker of Bethel Springs, TN, Pat Bond of MS