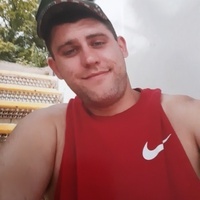 Mr. Asa Matthew Clements, age 31, of New Johnsonville, TN, passed away Sunday, June 27, 2021, in Clarksville, TN.  He was born on September 14, 1989, in Dickson, TN, to Jeffery Wade Clements and Angela Marie Roseberry Clements.  He was a landscaper and enjoyed being outdoors.

Visitation for Matthew Clements will be held at Luff-Bowen Funeral Home in Waverly, TN, on Saturday, July 3, 2021,  from 2:00 PM until funeral service time at 5:00 PM.  There will be a private family burial at Gorman Cemetery in McEwen, TN.

He is preceded in death by Grandparents: Evelyn Clements, Edith McCoy, and Roy Earl Balentine