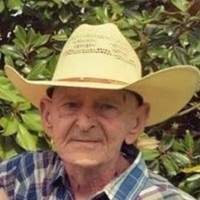 Mr. Austin Willard Lampley, age 71, of McEwen, Tennessee, passed away Monday, September 30, 2019 at his home on the family farm in McEwen. Mr.Lampley was born on February 20, 1948 in McEwen, TN to Willard Glenn Lampley and Buna Mae Christy Lampley. He married Delores Clayborn in 1966. Austin was a self-employed block and brick mason and he attended the Zion Hill Church Of God Of Prophecy in McEwen.

His wife of 53 years, Delores Lampley

He is preceded in death by his parents, Willard Lampley and Buna Mae Christy Lampley.

Visitation for Mr. Austin Lampley will be held on Wednesday, October 2, 2019 from 4:00 PM until 8:00 PM at Zion Hill Church Of God Of Prophecy in McEwen, Tennessee and on Thursday, October 3, 2019 from 12 noon until time of service at 2:00 PM.  Bro. Chris Bohanon will officiate the service.