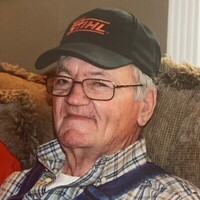 Mr. Billy Wayne Wallace, age 74 of McEwen, Tennessee, passed away Thursday, July 2, 2020 at Centennial Medical Center in Nashville. He was born March 1, 1946 in Humphreys County to John Ed Wallace and Louise Dunn Wallace. Billy served in the United States Army and was a lifelong logger for his own business, Wallace Logging. He married Peggy Chessor Wallace in 1968 and they had three children, Kristy, Tim, and Cynthia. Billy enjoyed coon hunting and was a dedicated hard worker. His wishes were to be cremated.

A memorial service will be held Sunday, July 5, 2020 at 4:00pm at Luff-Bowen Funeral Home in McEwen. The family will receive friends for visitation prior to the memorial service from 2-4pm. Joe James will officiate the service.

He is preceded in death by his parents, John and Louise Wallace, a daughter, Cynthia Diane Wallace, and a sister, Linda Chessor.

“I need a man who loves the woods as much as I love them, a big man who admires wilderness areas, trout streams, elk herds, birds and wildflowers as much as he respects the forests that put food on his table and a roof over his head.”

Then God said, “And last and most important of all, I need a father who won’t discourage his sons and daughters from following in his footsteps, because I will always need good loggers.”

So God made another logger.