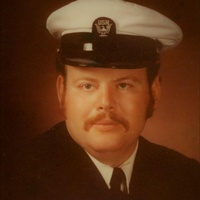 Mr. Butch Mathes age 71, of Waverly, TN passed away Friday, May 4, 2018. Mr Mathes was born in Nashville, TN on January 5, 1947 to the late Red Mathes and Dorothy Louise Baker Mathes. He was married to Cynthia Grant Mathes. He was a member of Ellis Grove Presbyterian Church in Waverly, TN. Mr. Mathes was a 32nd Degree Mason, a member of the Elks Lodge, the American Legion, and the VFW. Mr. Mathes served as a Chief Petty Officer for the United States Navy. He later served as a Certified ASME Boiler and Pressure Vessel Inspector for Factory Mutual Engineering in Philadelphia, PA.

The family requests donations be made to the Disabled American Veterans.
To order memorial trees in memory of Butch Mathes, please visit our tree store.