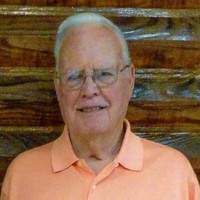 Mr. Charles Richard “Dickie” Stewart, age 88, of Waverly, Tennessee, passed away on Wednesday, December 11, 2019, at his home.  Mr. Stewart was born on August 15, 1931, in Waverly, Tennessee, to Arthur Jennings Stewart and Gladys Etoyl Bryant Stewart.  He was a retired I.E. Dupont Control Room Operator.  Mr. Stewart was a devoted and loving husband and father.  He attended The Log Church in which he loved.  He enjoyed walking and watching his favorite team the Chicago Cubs and the Tennessee Titans.

He is survived by his:

He is preceded in death by his parents Arthur Jennings and Gladys Bryant Stewart, Daughter, Karen Faye Stewart and one sister Juanita Fowlkes.