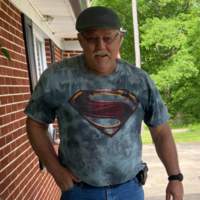 Visitation for Mr. Charles Richard “Richie” Kent will be held on Tuesday, August 24, 2021, at Luff-Bowen Funeral Home in Waverly, TN, beginning at 10:00 AM until the service time beginning at 2:00 PM. Bro. Tony Burns , Stacy Shattuck, & Bro. Ray Bradley will officiate the service.  Interment will be at Batson Cemetery in Erin, TN.

He is preceded in death by his Paternal Grandparents: Charles Kent & Earl & Thelma Goins,