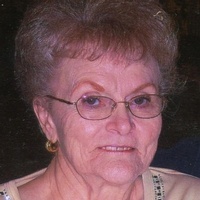 Mrs. Charlotte Breeden, age 85 of Waverly, TN, passed away Tuesday, March 12, 2019 at her home. She was born February 15,1934  in Circleville, Utah to the late Merrill Joseph and Iris Uarda Dalton Fullmer.  Mrs. Breeden was a homemaker and was married to her husband Pherrel Lee Breeden for over 63 years and they had 4 children.  She was a member of the Church of Jesus Christ of Latter Day Saints.

Mrs. Breeden is survived by her:

And numerous Nieces and Nephews.

Besides her parents, she is also preceded in death by her: