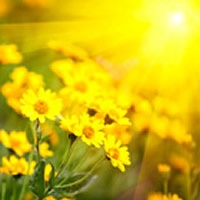 Debby was born August 16, 1954 in Chicago, IL. She subsequently moved with her parents and older brother to Pine Bluff, AR, where she graduated from Watson Chapel High School. She was an independent woman who loved God, her family, and adored her two children and grandchildren.

She was preceded in death by her parents, Madeline and Roy Brown. She is survived by daughter Candice Spradlin (Josh) of Louisville, KY, son Jeffery Partridge of Austin, TX, brother Mike Galloway (Dori) of New Johnsonville, brother Steve Brown of Little Rock, AR., and by grandchildren Kara and Landon Spradlin, plus many nieces, nephews, and cousins.

Because Debby’s wishes were for cremation, there will be no funeral service; instead, a celebration of life is being planned by the family. For those desiring, memorials may be made in Debby’s name to the National MS (Multiple Sclerosis) Society at https://www.nationalmssociety.org.