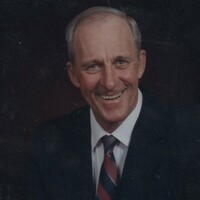 Donald Charles Snyder died unexpectedly on Saturday, May 1, 2021, at the age of 90. He was preceded in death by his wife Billie Jo (Hagler) Snyder, his son, Michael Irvin Snyder, and his son-in-law, Dennis Heaton.

Don was born on July 2, 1930, in Libertyville, Illinois, to Charles and Lillian Snyder. He married Billie Jo in 1952 in Springfield, Tennessee. He is survived by his sister, Suzanne Broome of Plano, Texas, and his children Mitchell (Martha) Snyder, Tracy (Teresa) Snyder, Pam Heaton, and Donna (Bill) Reese, along with 11 grandchildren and 18 great-grandchildren.

He entered the military in 1948 and received his basic training at Fort Knox, Kentucky. In his rank as Sergeant Major, he performed the duties in a Special Forces Unit and Battalion. He traveled widely throughout the United States and several foreign countries, serving in the Korean War.  “Throughout his military career, he demonstrated initiative, diligence, and a determination to produce superior results. The procedures and techniques displayed by Sergeant Major Snyder were of a consistently professional nature and were in keeping with the finest traditions of the United States Army. Sergeant Major Snyder’s meritorious record of service and wholehearted devotion to duty reflect great credit upon himself and the United States.” He retired with honors after 20 years of service.

He began a career in the public sector in 1971 as Plant Manager at Acme Boot and Safety Supervisor at E.I. Dupont. He retired from Dupont in 1992 after 20 years of service.

He was a member of First Baptist Church of Waverly. A member of Waverly Masonic Lodge 304, 32nd Degree Mason and Scottish Rite, and an advocate and supporter of St. Jude Children’s Research Hospital.

Visitation with the family will be on Thursday, May 6 from 4:00 p.m. – 8:00 p.m. and Friday, May 7 at 11:00 a.m. until service time at 1:00 p.m., at Luff-Bowen Funeral Home in Waverly. Burial immediately following at Richlawn Cemetery in Waverly, TN. The United States Army Chaplain will be officiating the service with an honor guard tribute for his military service. In lieu of flowers, the family would request donations to St. Jude Children’s Research Hospital.