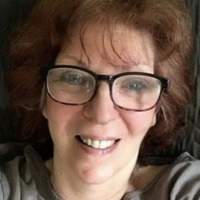 Dorice Lynn Drew, McEwen resident and native of Norwalk CT passed away peacefully and in her sleep Saturday April 24th at the age of 71 in Dickson TN after a three week fight with pneumonia and complications related to Covid.
Dorice, known as Dee to friends and Didi to her grandchildren is survived by two sons, Derrick Drew and his wife Linda of McEwen, TN and Ryan Drew and his wife Katrina of Lake City, FL. She is also survived by six grandchildren and step-grandchildren Gabrielle, Elijah, Nicholas and Riley Drew, Jayden and Alyson Lefever.  She is survived by a Loving sister and brother in law Darlene and Earl Moore of Norwalk. She also left behind several beloved pets as she was a passionate animal lover. A devout Christian, a loving and devoted mother, she has reached her heavenly reward and will always be loved and greatly missed. There will be a private family graveside service and interment.

Arrangements were handled by Luff-Bowen Funeral Home in Waverly, TN.