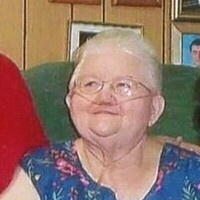 Mrs. Dorothy Jane "Dot" Flowers, age 81, of McEwen, TN, passed away on Sunday, February 13, 2022, at Humphreys County Nursing Home in Waverly, TN. Dorothy was born on February 29, 1940, in Waverly, TN, to Anderson Dodd and Jeanette Elliott Dodd.
Dorothy enjoyed watching wrestling, the Atlanta Braves and her baby dolls. She loved to have all her family around her.
Visitation for Mrs. Flowers will be on Tuesday, February 15, 2022 from 4-8pm and on Wednesday, February 16, 2022 from 10 am until service time at 2pm at Luff-Bowen Funeral Home in Waverly. Bro. Joe Rhodes will officiate the service. Interment will follow at Simpson Cemetery.

She is preceded in death by her husband, Dennis O'Neal Flowers, her Daughter, Gale Louise Flowers and sister-in-law, Alaine Dodd.