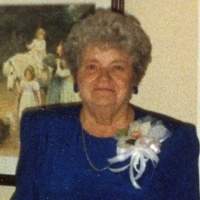 Mrs. Dorothy Louise Brown Nesbitt, 90 of McEwen, passed away Monday, March 4, 2019 at Horizon Medical Center in Dickson. Mrs. Dorothy was born March 9, 1928 in McEwen, Tennessee to the late James L. Brown and Julia Williams Brown. She married the late Clifton "Bud" Nesbitt and they had eight children. She was a Homemaker and a member of the First Baptist Church in McEwen.

Visitation with the family will be Wednesday, March 6, 2019 , from 4-8p.m. and on Thursday, March 7, 2019, from 10a.m. until time of service at 2.p.m., at the Luff Bowen Funeral Home in McEwen. Bro. David Deavers will officiate the service. Interment will follow in the Nesbitt Cemetery in McEwen, TN.

Mrs. Nesbitt is survived by her: