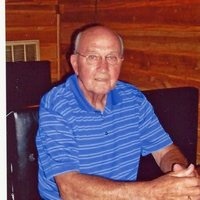 Mr. Douglas Herron Jones, age 86, of Lexington, Tennessee, passed away on Thursday, November 21, 2019, at his home.  Mr. Jones was born on February 26, 1933, in Campbellsville, Kentucky, to Cornia Clyde Jones and Flossie Mae Herron Jones.  He was a graduate of Campbellsville High School Class of 1951. He was retired from TN Gas Transmission in Gabe, KY and also retired as a supervisor of maintenance at TVA. He served in the United States Army during the Korean War. Mr. Jones was also a member of the Waverly Masonic Lodge #304, as well as a Shriner. He also served on the Board of Directors for the Hope Recovery Center, an avid golfer, and a University of Kentucky basketball fan.

A special thank you to TN Quality Home Health Care and TN Quality Hospice for all the care and kindness you extended to Doug and our family.

He is preceded in death by his parents Cornia Clyde and Flossie Mae Jones, one brother Boyer Jones and 2 sisters Mary Jo Jones and Geneva Gupton.

Visitation for Mr. Jones will be held on Monday, November 25, 2019 at Luff-Bowen Funeral Home in Waverly, TN, from 11:00 AM until the time of service beginning at 1:00 PM. Brother Adam Schwerdtfeger and Marcie Hendrick and Lisa Jones will officiate the service. Interment will follow at the Richlawn Cemetery in Waverly, TN.