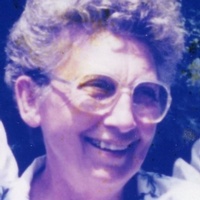 Mrs. Earlie Lorene Stewart, age 91 of, Waverly, Tennessee, passed away Sunday, September 30, 2018 at Humphrey’s County Nursing Home. Mrs. Stewart was born December 6, 1926 in Dyersburg, Tennessee to the late Edgar Dyer and Lillie (Pruitt) Dyer. She retired from Acme Boot Company and was famous for her pies and peanut brittle she made for several restaurants.

Mrs. Stewart is survived by her:

She preceded in death by her:

Funeral Service for Mrs. Stewart will be on Tuesday, October 2, 2018 at 1:00pm at Luff- Bowen Funeral Home in Waverly. Interment will follow in the Owens Mayberry Cemetery in Buffalo, TN