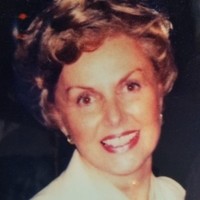 Gene Carroll Null, a longtime resident of Memphis, TN passed away peacefully on October 12, 2019, at the home of her daughter and son-in-law in Westphalia, Missouri. Gene was born in Waverly, TN, on August 24, 1923, the daughter and only child of Walter Turney Carroll and Eula Bullard Carroll. She graduated from Waverly Central High School and received her Bachelor of Science degree from the University of Tennessee at Knoxville.

Gene taught school in Dickson, TN and came to Memphis as a stewardess with American Airlines in 1946. It was here she met her future husband Lt. Col. James A. Null, who preceded her in death in 2000. They traveled extensively and were members of Second Presbyterian Church since 1961 and the Chapel Sunday School Class. She was an active member or leader in numerous social and community organizations. She was a dedicated organist. For many years her music could be heard during the holidays and for special events. Following her years as a stay-at-home mom, she enjoyed working at Lowell Hays Jewelers where she studied at the Gemological Institute of America.

Gene is survived by two children:,

Funeral arrangements are under the direction of Luff-Bowen Funeral Home in Waverly, TN. The graveside service will be at 12:00 p.m. on October 19, 2019 in Richlawn Cemetery. Pastor to Senior Adults Gerry Peak at Second Presbyterian Church will be officiating. In lieu of flowers, the family requests that donations be made to the charity of the donor’s choice.