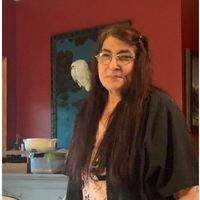 Ms. Georgette “GiGi” Anne Madiou-Held, age 71 of McEwen, Tennessee, passed away quietly on Saturday, April 17, 2021 at her home, after a 6-year battle with cancer.

She was born October 7, 1949 in New York City, New York to George Madiou and Carol Nebbiai.  Gigi was a nurse in home health care, hospice and worked at Three Rivers Hospital, during her career.  She was fluent in several languages and served as a translator for the Court System.  She was a member of St. Patrick’s Catholic Church and enjoyed cooking, gardening, art and spending time with her family.

A memorial service and celebration of life will be held on May 8, 2021, at 2:00 PM at Saint Patricks Catholic Church, McEwen, TN.