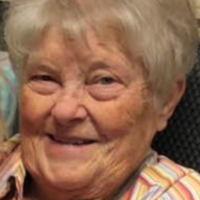 Mrs. Gladys Mae Peek Binkley, age 77, of Waverly, TN, passed away on Friday, October 4, 2019, at Three Rivers Hospital in Waverly, TN.  Mrs. Binkley was born on June 11, 1942, in McEwen, TN, to Verdie Lee and Hattie Watts Peek. She worked as a Cosmetologist and attended the Waverly United Methodist Church in Waverly, TN.

Visitation for Mrs. Gladys Binkley will be held Sunday, October 6, 2019, from 12:30 p.m. until funeral service time at 2 p.m., at the Luff-Bowen Funeral Home in Waverly. Mr. Richard Rice will be officiating the service. Interment will follow in the McEwen Cemetery in McEwen, TN.