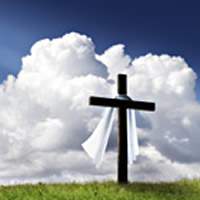 Harvey, the only son of Harvey and Jewell Cantrell, was born and reared in Big Sandy, where he received his early education; attended and graduated from Montgomery Bell Academy in Nashville; attended Memphis State; and he received his B.S. degree from U.T. School of Pharmacy in Memphis, TN. He was a member of Kappa Psi Professional Fraternity and Delta Chi Fraternity.

In 1962 he married Maymee Sanders Miller of Smyrna and they have one daughter, Casey Cantrell. Harvey owned and operated Waverly Drug Company for 38 years after which he sold and worked for Rite Aid for six years. He was a member of the Tennessee Pharmaceutical Association. He is a life-long Methodist. He moved his Membership to Waverly United Methodist Church in 1965. He has served on the Nominating Committee; Chairman Trustees-Chairman, Staff Parish Relations Committee; alternate delegate to Annual Conference; and a member of the official board. He served as a Sunday School teacher elementary department, for nine years; and as a substitute teacher of the adult Winmore Class and as a Lay Speaker.  He spoke in various churches in the county and out of this county.  His hobbies are reading, traveling, and speaking at various groups. He will be remembered for his acts of kindness to his former customers plus to his friends.

Visitation with the family will be Friday, March 1, 2019, from 12 P.M. until funeral service time at 2 P.M., at the Waverly United Methodist Church. Rev. Thad Collier will be officiating. Private entombment will follow in the Good Shepherd Mausoleum at Richlawn Cemetery in Waverly, TN.