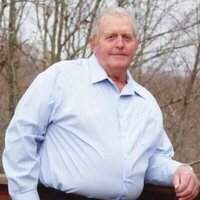 Visitation for Mr. James William Hicks will be Friday, October 23, 2020, from 5:00 PM until 9:00 PM. and Saturday, October 24, 2020, from 9:00 AM until funeral service time at 11:00 AM, at the Luff-Bowen Funeral Home in Waverly, TN. Bro. Eddie Breeden will be officiating the service.  Interment will be in the Simpson Cemetery in Waverly, TN. Active pallbearers will be Mike Davis, Chris Bell, Eddie Mosley, Larry Brown, Jacob Brown, & David Mosley.

He was preceded in death by his Parents: Frank Cheatham Hicks and Lola Bell Breeden Hicks, Wife: Jewell Hicks, and Brother: Franklin Hicks.