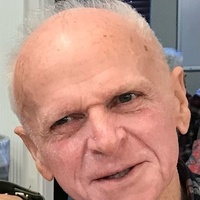 Jim A. Hughes, age 78, of Erin TN, and formerly of Waverly, TN, passed away on March 11, 2022, at Signature Health Care in Erin, TN. He was born in Hibbing, MN, to Henry and Teresa Hughes. Jim proudly served his country in the United States Army. Jim will be cremated at Richlawn Crematory, our on-site crematory at Luff-Bowen Funeral Home in Waverly. Visitation for Mr. Jim Hughes will be at Luff-Bowen Funeral Home in Waverly on Thursday, March 17,2022, beginning at 2:00 PM until the memorial service beginning at 3:00 PM.