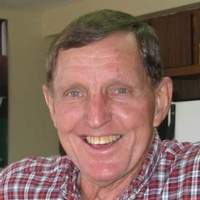 Mr. Jere Douglas Hooper, Sr., age 84 of Waverly, passed away Tuesday, December 4, 2018 at his home. Mr. Hooper was born November 14, 1934 in Bakerville to the late Harris Cliff Hooper Sr. and Virginia Jewell (White) Hooper. He married Mary Anne (Stapp) Hooper and they had five children. He was an educator, farmer, and a member of the Waverly First United Methodist Church.

Mr. Hooper is survived by his:

Besides his parents, he is preceded in death by an infant daughter, Martha Jane Hooper, two brothers, Harris Hooper Jr. and Robert Hooper, and an infant brother, Cornelius Dow Hooper.

In lieu of flowers, the family asks that contributions be made to:

or a church or charity of your choice.