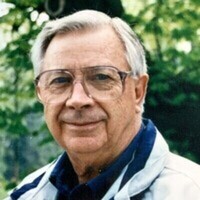 He graduated from UT Martin in 1956 and it was there that he met the love of his life, Mary Lou James.  They were married on December 25, 1956.  Jerry served in the Army National Guard for 8 years and worked for Farm Bureau beginning 1966 as an Agent in Monroe County and then in 1972 became a Regional Manager of South East TN for over 30 years.  He was fondly referred to as “The Godfather” and retired in 1999. He was a great leader and touched many lives throughout his career.

Jerry settled on a farm near Riceville, TN in 1973 where he raised beef cattle.  After he retired he served on the Board of Directors of McMinn County Farm Bureau.  He was a member of Spring Creek Church of Christ where he was known as the candy man and served as Elder.

In addition to his parents he was preceded in death by his older brother, James N. Flatt.

A graveside service will be held at 3:00 CST on Sunday, October 11, 2020 at Young Cemetery in Bold Spring, TN with Joe R. James officiating.

The family requests that memorials be made to the Tennessee Children’s Home, PO Box 10, Spring Hill TN 37174.

To order memorial trees in memory of Jerry A. Flatt, please visit our tree store.