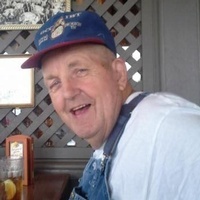 Mr. Jerry Manuel Wright, age 75, of Hurricane Mills, TN, Passed away Monday, February 18, 2019. Mr. Wright was born August 20, 1943 in Buffalo, TN, to the late Fred and Harriett Qualls Wright. He was married to his wife of almost 53 years Mary Ann Daniel Wright.  Jerry was a member of the Lobelville United Methodist Church. He retired from Wabash Alloys and Consolidated Aluminum.  He was a logger for most of his life and was known to be a hard worker.

and many nieces, nephews and friends.

He is preceded in death by Parents: Fred and Harriett Wright, 3 Sisters: Imogene Hines, Bonnie Hicks and Judy Wright, 2 Brothers: Roy Wright and CN Wright and his in laws Robert and Willie Daniel.

Visitation for Mr. Wright will be held on Wednesday, February 20, 2019 from 4:00 PM until 9:00 PM and Thursday, February 21, 2019 from 9:00 AM until service time at 2:00 PM at the McDonald Funeral Home in Lobelville, TN,  with Pastor Ron Jones officiating the service. Interment will be at Robin-Hester Cemetery.  In lieu of flowers the family requests that donations be made to the Lobelville United Methodist Church Memorial Fund or the Charity of your Choice.