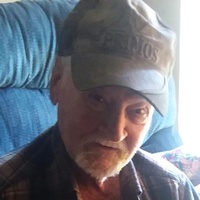 Mr. John Thomas Carver, 89, of Waverly, passed away Tuesday, March 12, 2019 at his home. He was born August 1, 1929 in White House, Tennessee, to the late Oscar Carver and Thelma Lee Johnson. He assembled aircrafts at Triumph Aerostructures and served in the United states Army.

Visitation with the family, will be Monday, March 18, 2019 at Luff-Bowen Funeral Home in Waverly, from 11am until funeral service time at 2pm. Interment will be Tuesday, March 19, 2019 at 2pm in the New Halltown Cemetery in Portland, TN. Bro. Carlton Tester will officiate the services.

Besides his parents, he is also preceded in death by his wife, Margaret V. Carver, Son: Josh Carver, Daughter: Sherry Brown, and  Sister: Dorothy May Thomas.