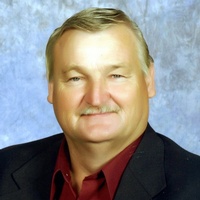 Mr. James Larry (Chrysler) Howell age 65, of McEwen, TN passed away Monday, April 9, 2018 at his home. Mr. Howell was born March 1, 1953 in Waverly, TN to the late William Harvey Howell and Hattie Lucille Himes. He was a retired equipment operator. Mr. Howell was a member of the McEwen church of Christ.

In addition to his parents, Mr. Howell is preceded in death by his brother John Howell and sister Anna Sue Howell.