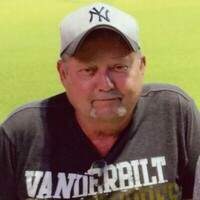 Mr. Larry Jackson, age 72 of McEwen, Tennessee, passed away Sunday, January 24, 2021 at St. Thomas West Hospital in Nashville.  Larry was born May 23, 1948, in Montgomery County, TN, to Harry Austin Jackson and Nancy Louise Shanks Jackson. He was a Journeyman Carpenter for the local 223 Union and a member of the Christ Community Church in McEwen.

Visitation with the family will be Tuesday, January 26, 2021 at Christ Community Church from 3pm to 8pm and on Wednesday, January 27, 2021 from 9am until service time at 1pm. Pastor Brandon Daily will officiate the service. Interment will follow in Gorman Cemetery. Pallbearers who will serve are: Ricky Rice, Greg Sutton, Dwayne Jackson, and Keith Jackson and Jason “Bubba” Jackson.  Honorary pallbearer will be Tracy Sutton.

He is preceded in death by his parents, Harry and Nancy Jackson, and a great granddaughter, Avery.