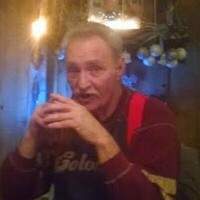 Mr. Larry Lee Jamison, age 73, of Waverly, TN, passed away Saturday, August 21, 2021, at his home. Larry was born July 28, 1948 in Waverly to Lee Edward Jamison and Juanita Winstead Jamison. He was the Owner and Barber of Larry's Barber & Style Shop in McEwen, TN, and a member of Pegram Baptist Church. Larry loved to fish, watch football, and his pet dogs.

He is preceded in death by his Father, Edward Jamison, Mother, Juanita Engdahl, and Stepfather, Robert Engdahl.

Larry will be cremated at Richlawn Crematory, located on the grounds of Luff-Bowen Funeral Home in Waverly. A Celebration of Life Service will be held at a later date.