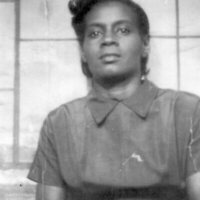 Mrs. Lois Spicer Kelly, age 93, of Waverly, TN, passed away on March 26, 2022. She was born on July 16, 1928, in Waverly, TN, to Sherman and Ruth Lashlee Spicer. There will be a celebration of life for Mrs. Lois L. Kelly, on Friday, April 1, 2022, at Luff-Bowen Funeral Home in Waverly, TN. Visitation for Mrs. Lois Kelly will begin at 12:00 PM until the service time at 1:00 PM. Rev. Benessa Sweat and Rev. Betty Eason will be officiating the service. Interment will follow in the Pleasant Hill Cemetery in Waverly, TN.

Lois confessed her life to Christ at an early age and became a member at Salter’s Chapel A.M.E. Church.  She loved working in the church and she was an usher for several years.  She received a stewardess certificate and certificate for her volunteer work serving in the VSP Kitchen.  She was one of the oldest members of the church, along with her first cousin, Annie Mae Young.

She did domestic work for many years of her earlier life and later worked at the Acme Boot Plant for 17 years. After retirement, her later years were spent at home doing what she liked best, which was talking on the phone and working in her yard.  Any day she could be seen with a broom in her hand sweeping, putting out some yard decorations, or picking up sticks or rocks for the trash.  Being outside was her passion, and she loved sitting on the front porch and the patio, working on her flowers and spray painting anything she could get her hands on.

She is preceded in death by her husband: Melvin L. Kelly, Parents: Sherman and Ruth Spicer, and 2 sisters: Evelyn Spicer and Josephine Shields.