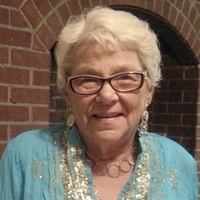 Mrs. Margaret Lee Larkin, age 91, of McEwen, TN, passed away on Monday, February 17, 2020, at Humphreys County Nursing Home in Waverly, TN. Mrs. Larkin was born September 17, 1928, in Lebanon, TN, to Lillard T. Brewington and Julie Jones Brewington.  She was married to Bill Larkin in 1954 and was by his side until he passed away in 1989. Margaret was a loved Wife, Mom, Grandma and Great Grandma.

Margaret never met a stranger.  She always brought a smile to everyone she met, especially the guests that came into her many restaurants over the years.  She was in the restaurant business for over 40 years in McEwen with restaurants named Margaret’s Restaurant, B&M Restaurant and Seasons Restaurant.

Margaret was the first woman to ever run for Mayor of McEwen in 2003.  She rarely missed an Irish Picnic and enjoyed playing Rook with her many friends in McEwen.  In her later years, she spent time living with her daughter Regina in McEwen and her daughter Faye in Nashville.  She loved playing UNO with her family in Nashville, especially with her great grandson Dean whom she called “my boy”. She was an avid animal lover and adored her dogs Ella Mae & Dauber and her bob tailed cats. She also loved playing Bingo at Humphreys County Nursing Home, especially when she won, where she resided the last six months of her life.  The staff at HCNH took wonderful care of her and enjoyed hearing her sing coming down the halls “Hey Good Lookin’ Whatcha got Cookin”.  Kathy, Megan, Heather, Tracy, Debbie, Angie, Peggy, Desirae, Lexi, Gaby and Julia were just a few of the amazing HCNH staff that helped her during her last days. She will be missed dearly by many and always remembered as a woman of faith who loved her family, encouraged her friends and loved to wear a little bling.

She is preceded in death by her husband Bill Larkin,  her parents Lillard and Julie Brewington,  3 brothers -Howard, Matthew and Robert Brewington and her 2 Daughters: Teresa Anne and Rita Carol Larkin.