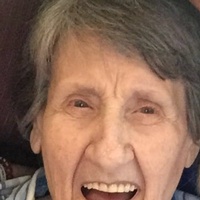 Mrs. Marilyn Francine Osborne, age 87 of New Johnsonville, passed away Monday, November 26, 2018 at Camden Healthcare and Rehabilitation. Mrs. Osborne was born January 27, 1931 in Amarillo, Texas to the late William and Lurline (Dilday) Hall. She was a retired Loan Officer and a member of Trace Creek Baptist Church.

Mrs. Osborne is survived by her:

Besides her parents, she is also preceded in death by her:

Visitation with the family will be on Wednesday, at Trace Creek Baptist Church in New Johnsonville from 5-8pm and on Thursday from 12 noon until time of service at 3:00 conducted by Bro. Mark Warren. Interment will follow at the Richlawn Cemetery.