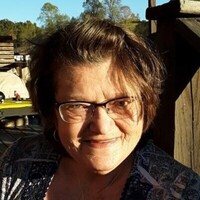 Mrs. Mattie Jane Hornburger, age 66 of McEwen, TN passed away Friday, April 23, 2021 at Horizon Medical Center in Dickson. She was born March 30, 1955 in Dickson, TN to Ellis Brown Wright and Ina Oliphant Wright. She married Larry Hornburger in 1973 and they had three sons, Mike, Steve and Jesse Hornburger. She worked as a finisher for Aqua Glass. She enjoyed cooking, quilting, crocheting, gardening, and the Pittsburgh Steelers. But most of all she loved her family.

Visitation for Mrs. Hornburger will be Monday, April 26, 2021 at Luff-Bowen Funeral Home in McEwen from 5pm-8pm and on Tuesday, April 27, 2021 from 10am until time of service at 12noon. Interment will follow in Meadowlawn Cemetery. Bro. Jeff Keele will officiate the service.

She leaves to cherish her memory: