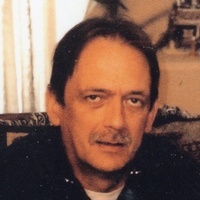 Mr. Michael Lawrence "Goose" Mitchum, age 65, of Hurricane Mills, TN, passed away Wednesday, August 29, 2018 at the Three Rivers Hospital. Mr. Mitchum was born November 21, 1952 in Dickson, TN, to the late Wayland Hoit Mitchum Jr. and Martha Ann (Frazier) Mitchum. He was a graduate of Waverly Central High School and after, joined the Military where he served in the Army for 2 years. After moving to Hurricane Mills, he was regular in attendance at The Well of Hurricane Mills Church.

And several nieces, nephews and cousins.


He is also preceded in death by his Wife, Deborah Jane (Balthrop) Mitchum and Niece, Heather Mitchum Jones.

Visitation for Mr. Mitchum will be Saturday, September 8, 2018 from 10:00 AM until Memorial Service time at 1:00 PM at Luff-Bowen Funeral Home in Waverly, Tennessee. Conducted by Pastor Alinda Bohanon.