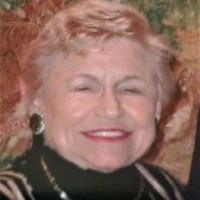 Mrs. Myrtle “Jo” Bone Walker, age 91, of Waverly, TN, passed away Monday, September 9, 2019 at Three Rivers Hospital in Waverly, TN. Mrs. Walker was born August 31, 1928, in Bakerville, TN, to Allen Rufus Bone and Myrtle Sadler Gatlin Bone Baker. She married Dr. Arthur Winfrey Walker Sr. They were wed on the Bride and Groom Radio Program in Hollywood, California. Together they had four children. Mrs. Walker taught school in Memphis while Dr. Walker was in medical school. She was a key note speaker of the Tennessee Medical Association and Medical Auxiliary, was actively involved in the Waverly Woman’s Club as President, and was a member of the United Methodist Church in Waverly, where she was a choir member, worked with the youth, taught Disciple Bible Study, and taught Sunday school for 40 years.

She is preceded in death by her Parents Allen Rufus Bone and Myrtle Sadler Gatlin Bone Baker. Visitation for Mrs. Myrtle “Jo” Bone Walker will be held on Thursday, September 12, 2019, from 6PM-8PM and on Friday, Septmeber 13, 2019, from 10:00 AM until Service time at 11:00 AM at the Waverly United Methodist Church in Waverly, TN.  Bro. Frank Smith will officiate the service.  Interment will be at the Richlawn Cemetery in Waverly, TN.