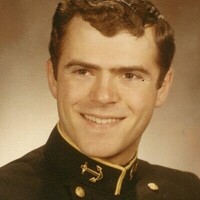 Mr. Paul James “PJ” Lewis, age 70, of Waverly, TN, passed away Thursday, September 17, 2020. Mr. Lewis was born March 11, 1950, in Youngstown, OH, to the late Willie Lee Lewis and Sadie Sarah (Thomas) Lewis. He grew up with four wonderful siblings Joseph “Joe” Carlisle Lewis (predec eased), Mary Julena  “Nina” (Lewis) Daack, Nancy Ann (Lewis) Renzenbrink and William “Billy” Lee Lewis. Mr. Lewis graduated from Ursuline High School in his hometown in the spring of 1968 and then shipped off to Annapolis, MD, to join his class at the U.S. Naval Academy. He left the Academy in 1971 and joined the Naval Reserves while finishing college in the Mid-West.

In 1975, Mr. Lewis started his career with computers at IBM in mainframe sales and then he transitioned into software sales in the 1980s.  In the early 1990s, he taught himself some of the first computer languages and became an early software developer. At that time, he also married and moved back to his favorite place, Annapolis, MD, to start a family.  In 1997, Mr. Lewis’ firstborn, Wilson Vickers Lewis, joined the world and two years later in 1999, Sarah “Saul” Elizabeth Lewis was born. In 2004, June Tibaleka became a member of the family and Mr. Lewis was instrumental in helping her get through Johns Hopkins University, Duke University Medical School and her residency at Emory University to become a doctor.

While living in Maryland, Mr. Lewis got his security clearance and used his computer skills for our country.  While working at the State Department in Washington, D.C., Mr. Lewis remotely assisted Embassy personnel in Tanzania and Kenya after the 1998 Embassy bombings, which earned him a special commendation from former Secretary of State Madeline Albright. Mr. Lewis’ work at NSA assisted the agency greatly after the attacks on 9/11 as well. Mr. Lewis then started his own company, Topsail Software, and did his own contracting and consulting up until his death.

He lived a life enough for a dozen lifetimes and we will always remember him for his his love of sailing, his addiction to history and reading, his never-ending love of his three children, his beautiful tenor singing voice, and his constant storytelling about his life’s adventures.

Mr. Lewis will be laid to rest in Waverly, TN. In lieu of flowers, donations can be sent to the Humphrey’s County Humane Society where Mr. Lewis volunteered and fostered at 108 Young Road, Waverly, TN 37185.  Please make checks payable to H.C.H.S and put “in memory of PJ Lewis” in the memo.