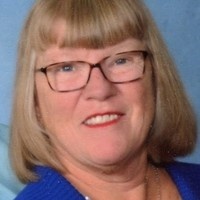 Mrs. Reginia "Gena" Reine McMillin, age 63 of Waverly, Tennessee, passed away Saturday, February 15, 2020 at her home. Gena was born December 12, 1956 in Chicago, Illinois to Lee Chance and Martha Powell Chance. She married Owen McMillin and they had two children, Holly Lee McMillin and the late Marty Joseph McMillin. She was homemaker and a member of Waverly First Baptist Church.

Visitation with the family will be at Luff-Bowen Funeral Home Tuesday, February 18, 2020, from 5-8pm and on Wednesday, February 19, 2020 from 10:00am until service time at 1:00. Dr. Scott Brown will officiate the service. Interment will follow in the Richlawn Cemetery.

She is preceded in death by her son,  Marty Joseph McMillin and her father, Lee H. Chance.