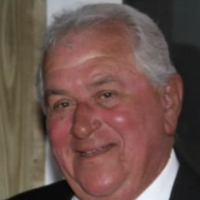 Robert was born on May 21, 1945 on his family’s farm in Hurricane Mills, Tennessee to Robert Alexander Woods, Sr. and Gould Marie Woods. Robert married his high-school sweetheart, Janet Hardin Woods, in 1961, and they later welcomed two children, Chip and Kelley. Robert worked alongside his family as the second of what is now four generations operating Duck River Farms, a row crop and Registered Angus cattle farm. After time working in both the oil and trucking industries through the 1980’s, Robert found his true calling in small business ownership and sales when he and Janet opened beauty supply stores in Waverly and Camden, servicing salons like their own in West and Middle Tennessee.

In the 2000’s Robert returned to his roots in the agriculture industry and built a successful fence contracting business, Flying W Fence, which his grandson still operates today. One of the truest testaments to Robert’s life is that each of his children and grand-children can attribute their livelihood or lifestyle today to his influence, from livestock production to the beauty industry to wildlife sportsmanship.

Robert lived an incredibly full and blessed life, leaving many legacies for his children and grandchildren and memories with great friends. They will best remember him for his knack for storytelling, sense of humor, and, most of all, his example of true and unconditional love for his family, especially the love of his life who his grandchildren affectionately call “Mimi”.

In lieu of flowers, donations can be made to St Jude’s Children’s Hospital. A graveside service will be held at May (Fowler) Cemetery in Hurricane Mills, Tennessee on Sunday, September 19, 2021 at 2pm.