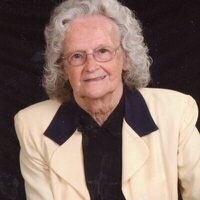 Mrs. Roberta Joyce Simpson Lee, age 89, of Waverly, TN passed away on Monday, October 18, 2021 at AHC Healthcare & Rehabilitation Center in Waverly. Mrs. Lee was born on May 12, 1932 in McEwen, TN to Jay Don Simpson, Sr. and Dorothy Agatha Gossett Simpson as one of 17 children. She was married to the late Rev. Thomas Paul Lee. She was a member of Waverly First United Methodist Church, Blue Creek FCE, and Chappell Sunday School Class of WUMC.

Mrs. Lee was a loving wife to Paul for 54 years. In the early years of their marriage, they drove a gas delivery truck to help make ends meet. Later, she become a minister’s wife, as Paul accepted the call to serve as a circuit rider in The Methodist Church (currently The United Methodist Church), owing much to her encouragement and witness. She served faithfully alongside him at numerous churches in Humphreys and Houston County over the years. She was a fabulous mother to their five sons, devoting her life to raising them well. Including her eight grandchildren and ten great grandchildren, many others called her “Grandmother” because of her loving, maternal personality and excellent domestic skills. She was an avid cook, canner, gardener, horticulturalist, seamstress, and quilter. Her creations often won blue ribbons at the County Fair, where she served many years as a volunteer. She was also an enthusiastic fan of the Tennessee Vols and Los Angeles Dodgers, and was thrilled when her baseball team won the World Series in 2020. Mrs. Lee was a fierce competitor in local church bowling leagues. In addition, she enjoyed Bingo night, find-a-word puzzles, and radio call-in competitions; in the latter, she once won an acre of land for solving a number puzzle. She had a marvelous sense of intuition and a healthy enjoyment of games played with friends and family. In general, Roberta Lee was a positive light to all those who knew her.

Visitation with the family will be Saturday, October 23, 2021, from 12:00 p.m. until Funeral Service time at 2:00 p.m. at the Waverly First United Methodist Church on 115 West Main Street in Waverly, TN. Rev. Ricky Lee, Rev. Steven Lee, and Rev. Ryne Lee will be officiating the service. Interment will follow in the Anderson Cemetery in McEwen, TN. In lieu of flowers, the family requests memorials go to the Waverly First United Methodist Church flood relief fund.

The family is recommending that everyone wear a mask.