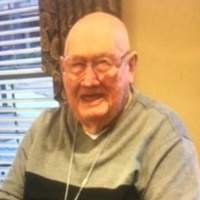 Mr. Roy Frazier Smith was born November 13, 1921 and passed away March 16, 2019. Mr. Smith was born and grew up in Hurricane Mills community of Humphreys County, TN, until serving in the United States Navy 39th Construction Battalion in World War II. After returning to civilian life, he lived and worked in Memphis until returning to McEwen in 1990.

Visitation with the family will be Tuesday, March 19, 2019, from 10 a.m. until funeral service time at 1 p.m., at the Luff-Bowen Funeral Home in McEwen. Kim Smith will be officiating the service. Interment will follow in the C. W. Smith Family Cemetery in McEwen, TN.