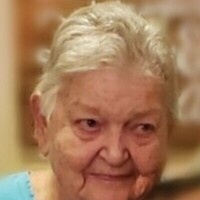 Mrs. Ruth Anne Smith, age 81, of Camden, TN, passed away on Sunday, September 19, 2021, at Three Rivers Hospital in Waverly, TN.  Mrs. Ruth Anne Smith was born on March 3, 1940, in Mt. Pleasant, MI, to Clifford Henry Harry and Alice Elnora Brown Harry.  Ruth Anne was the former owner of Miss Ruth’s Formal & Bridal and Miss Ruth’s Sewing and Alterations in Camden, TN.  There will be a graveside service at 12:00 PM, at the Jones-Owens-Mayberry Cemetery, on Wednesday, September 29, 2021.