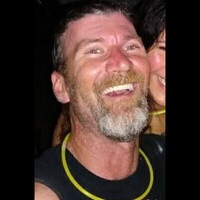 Mr. Robert Scott Kilburn, age 49 of Waverly, TN passed away Saturday, August 21, 2021. Scott lost his life in the great flood in Waverly, trying to save another. He was born October 31, 1971 in Dickson, TN to Robert Lee Kilburn and Faye Aline Moran. He was married to Tracy LouAnn Brown Kilburn. Scott was a Supervisor for Mathai Metal Systems in Waverly, TN and a member of Local 86 Insulators Union. He was a member of the Hoop Hole Hunting Club, an avid deer hunter and fisherman, and loved spending precious time with his grandchildren and family.

Visitation with the family will be Thursday, August 26, 2021 at Luff-Bowen Funeral Home in Waverly from 4PM to 8PM and on Friday, August 27, 2021 from 10AM until funeral service time at 1PM. Pastor Daron Brown will officiate the service. Interment will follow in Richlawn Cemetery in Waverly.

His survivors include:
His Loving Wife, Tracy Kilburn, Waverly, TN

Father-in-law and Mother-in-law: Horace and Deanie Brown of Waverly, TN