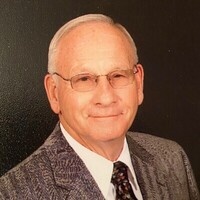 Mr. Alvin Taylor Hall, age 80 of Waverly, Tennessee, passed away Thursday, December 17, 2020 at Humphreys County Nursing Home. He was born June 29, 1940 in Waverly to the late Ernest Colvie Hall, Sr. and Docia Ann Forrest Hall. Taylor served four years in the United States Air Force prior to his marriage to Ann Patterson Hall. They had two children, William Taylor (“Bill”) and Leigh Ann. Taylor was a member of the Waverly United Methodist Church.

Taylor was a veteran of the United States Air Force.  He was a former Master of the Waverly Masonic Lodge.

Taylor was a dedicated public servant in the community. Elected to the office of Humphreys County Clerk in 1982, he served five successive terms for a total of twenty years in that office before retiring in 2002.  During that time he was elected and served as an Alderman of the City of Waverly.  Not content with being inactive in public service to his fellow citizens, in 2006, Taylor ran for and was elected a County Commissioner to represent the constituency of the Second District of the County. Twice thereafter, he was re-elected as a County Commissioner and served  for a total of twelve years in that position until finally retiring by not seeking re-election in 2018.

Over a long life of  80 years, Taylor Hall rendered a composite of thirty-six of his years in unselfish military and civilian service to our Nation, to our City and to our County.

In lieu of flowers, the family requests donations be made to Alzheimers Association, American Cancer Society, or Waverly United Methodist Church Benevolence Fund in memory of Taylor.

A Memorial Service for Taylor Hall will be held Monday, December 28, 2020 at 12:00pm at the Waverly United Methodist Church. Visitation with the family will be from 10:00am until time of service. Rev. Thad Collier will officiate the service.

He is survived by his wife of 57 years, Ann Patterson Hall; one daughter, Leigh Ann Lilly (Jeff) of Lawrenceburg, Kentucky;  and his daughter in law, Janet Goad Hall of Clarksville, Tennessee.