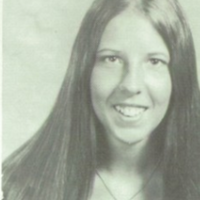 Mrs. Teresa Gail Wiles, of Waverly, TN, passed away Sunday, January 8, 2020, at her home.  Teresa was born November 3, 1961, in Nashville, TN, to Robert Wiles and Dorothy Banes Wiles. Teresa was a homemaker and also formerly worked at Acme Boot. She attended Compassion Church in Waverly, TN.  She loved nature and spending time with her 4 grandchildren.

Preceded in death by her parents Robert and Dorothy Wiles.

Visitation and Service for Mrs. Wiles will be held on Saturday, Jan. 18, beginning at 12:00 PM until 2:00 PM at Luff-Bowen Funeral Home in Waverly.  Michelle McCaleb will officiate the service.