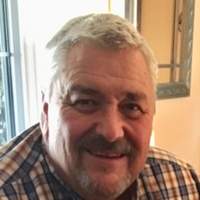 He is survived by Janet Hall and their children:

And Several Nieces and Nephews.

Visitation with the family will be on Monday, September 16, 2019 from 10AM -12PM at the Waverly United Methodist Church with a memorial service to follow at 12 PM. Pastor Larry Riley and Pastor Chris Smith will be officiating the service.  In Lieu of flowers donations can be made to the Waverly Hope Center, 1510 North Clydeton Rd,Waverly, TN, 37185.