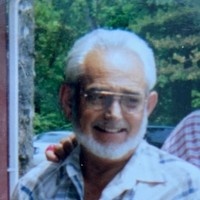 Mr. William Walter “Junior” Brown, age 77 of Waverly, passed away Friday, September 13, 2019 at his home. Junior was born February 12, 1942 in Waverly, TN to William Walter "Pap" Brown Sr. and Ollie Jane Durham Brown. He married Shirley Jean Buchanan and they had four children. He built cabinets for 60 years and was the owner of Junior Brown’s Cabinet Shop. His most favorite pastime was truck pulling.

Visitation with the family will be Monday, September 16, 2019 from 5pm to 8pm at Luff-Bowen Funeral Home in Waverly and on Tuesday, September 17, 2019 from 9am until time of service at noon. Interment will follow in the Durham Cemetery. Pastor Dale Caudle and Pastor Scott Brown will officiate the service.