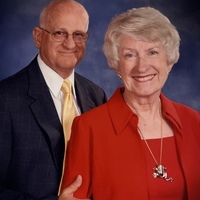 Mr. Haxton was the son of the late Bertha and Floyd Haxton.  He was married 55 years to Betty Haxton of Waverly.

Mr. Haxton was born February 17, 1939, in Coudersport, PA, and raised in western New York State in Penn Yan.  After High School he began his 48 year career in printing and publishing.  He moved to Kissimmee, Florida, in 1959 where he met and married his wife Betty Pollard Haxton.  In 1973 they moved to Dickson, TN, where they owned and operated the Dickson Shopper.  In 1976 they sold the Dickson Shopper and moved to Waverly, TN, and started the Shopper’s Guide.  They also owned and operated the Print Shop and Office Supply Store in Waverly and the Dickson Print Shop.  In the early 1980’s they purchased the News Democrat.  In 1984 they sold the papers to Kennedy Publications where Mr. Haxton continued to work with the Kennedy Group until he retired in 2005.

Mr. Haxton is predeceased by his parents, older brother Bob, and his two sisters, Marjorie and Helen.

The family is planning a celebration of life service at the Waverly United Methodist Church on Saturday, October 16, 2021. Visitation will begin at 11:00 AM until the Celebration of Life service at 2:00 PM. In lieu of flowers, please make donations to Waverly United Methodist Church, P.O. Box 247, Waverly, TN 37185.  The family requests that everyone in attendance please wear a mask.