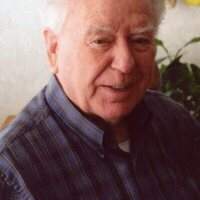 Mr. Wallace Earl Smith, age 88, of Waverly, TN, passed away on Tuesday, September 22, 2020, at Tristar Horizon Medical Center in Dickson, TN.  Mr. Smith was born on December 6, 1931 in Humphreys County, TN, to Clarence Smith and Blanche Stewart Smith.  He was a retired Chemist that worked at DuPont.  To those who knew and loved him he had a great sense of humor and liked to cut up with the family.  He enjoyed the outdoors, wildlife, traveling and enjoyed the company of his dog Barney.  He loved his family dearly and always enjoyed family gatherings.  Visitation for Mr. Wallace Earl Smith will be held on Thursday, September 24, 2020, at Luff-Bowen Funeral Home in Waverly, TN, from 11:00 AM until the time of service beginning at 1:00 PM. Bro. Rick Rolin & Bro. Jeremy McFarlin will officiate the service.  Interment will be at J Warren Cemetery in New Johnsonville, TN.

He is survived by his wife of 16 years Mary Ann Smith of Waverly, TN

He was preceded in death by his parents Clarence and Blanche Stewart Smith, his first wife Hazel Smith, 4 Brothers and 3 Sisters.