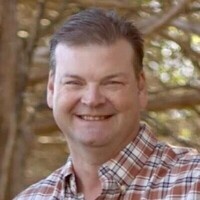 William “Bill” Stanfiel went to be with the Lord on December 1, 2021 at the age of 55. He was born in Atlanta, Georgia and spent much of his life in Valrico, Florida with his family before moving to McEwen, Tennessee. He is survived by his loving wife, Susan Stanfiel (McEwen, TN), his four daughters, Jessica Joyce (Justin), Jennell Belsley (Chase), Morgan Simpson (Brad), and Morgan Stanfiel (Chris), and his mother-in-law, Helen Kobus. He had five grandchildren, Camden, Raelyn, Casen, Isla, and Skylar. He also leaves behind friends, cousins, and a brother, Jody Stanfiel. He is preceded in death by his parents, Joseph and Mary Stanfiel, and his father-in-law, George Kobus. Bill was passionate about his family, cooking and entertaining, his Hereford farm, truck driving, and making everyone around him laugh. He was known to all as quite the jokester! He spent many years traveling the country as a truck driver, where he met countless new friends and reconnected with many old friends, and he loved every minute of it.

A celebration of Bill’s life will be held at his home; a date will be announced to family and friends at a later time.